The audience is focused on pre-K to 3rd grade kids and features a bit of life’s important lessons. The subjects are provided in a truly entertaining way and include hints of healthy eating, fantastical gardening facts and environmental awareness, along with celebrating friendships and the Bloomers character's differences. 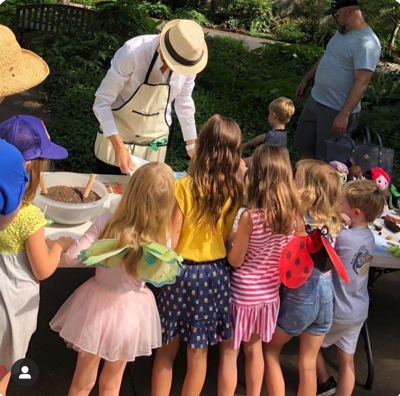 Bloomers Island Great Garden Party at the Denver Botanic Gardens
Cynthia grew up on a farm and earned her undergrad degree in agriculture and has been doing school author programs and live events for the past five years. She has worked with thousands of children on three continents and has accumulated invaluable first-hand knowledge about interacting with children. She has learned how to engage them, what they respond to, and generally how brilliant today’s kids are. She is an EC STEM conference speaker.

​Courtney Carbone studied English and creative writing in the United States and Australia before becoming a children’s book writer and editor in New York City. She has written many books including, Darcy Swipes Left, srsly Hamlet, and Macbeth #killingit. 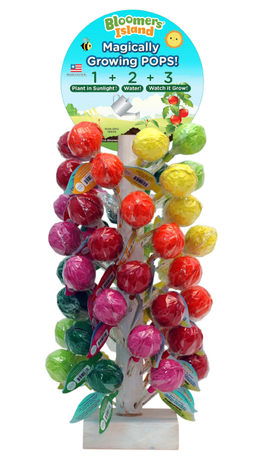 SeedPops! Two Patents Including Design & Utilitarian IP
Opportunities abound for the IP around the Bloomers Island brand. Currently, Cynthia has two patents for her unique seed starters, now called SeedPops. At present, Bloomers Island has two licensees: Penguin Random House for books and Buzzy Seeds for seed products which have been sold in thousands of stores in North America including Target, Nordstrom, True Value, Barnes & Noble, Costco, FAO Schwarz and Disney World’s Epcot Center. Of note, the SeedPops are currently in development for manufacture and distribution in Australia and the Netherlands (Europe) for 2021.

​The original Bloomers Island (beta) online game had 30K registered users. We have plans to update and reprogram the game. In addition, the Bloomers Island vision includes licensing the brand name and characters to the food industry for plant-based, healthy meals and snacks for kids. 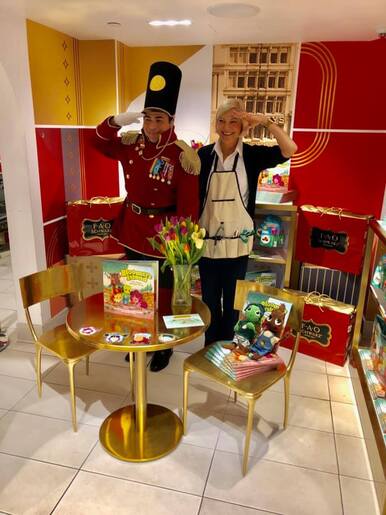 Cynthia Wylie Author & Bloomers Island Event at FAO Schwarz. Number One Book Sold. Top Ten Products Sold
Given the appropriate opportunity, Bloomers Island is poised to be a dominant kid’s healthy-living brand in a category whose time has come and one that can be expanded to many categories. Perhaps most importantly, Bloomers Island is looking for a home where they can work with an entertainment or children’s content company to effectively reach the widest children’s audience possible. And finally, to partner with an organization that has the ability to leverage its resources to help change children's lives in a meaningful and sustainable way.
Go Bloomers!