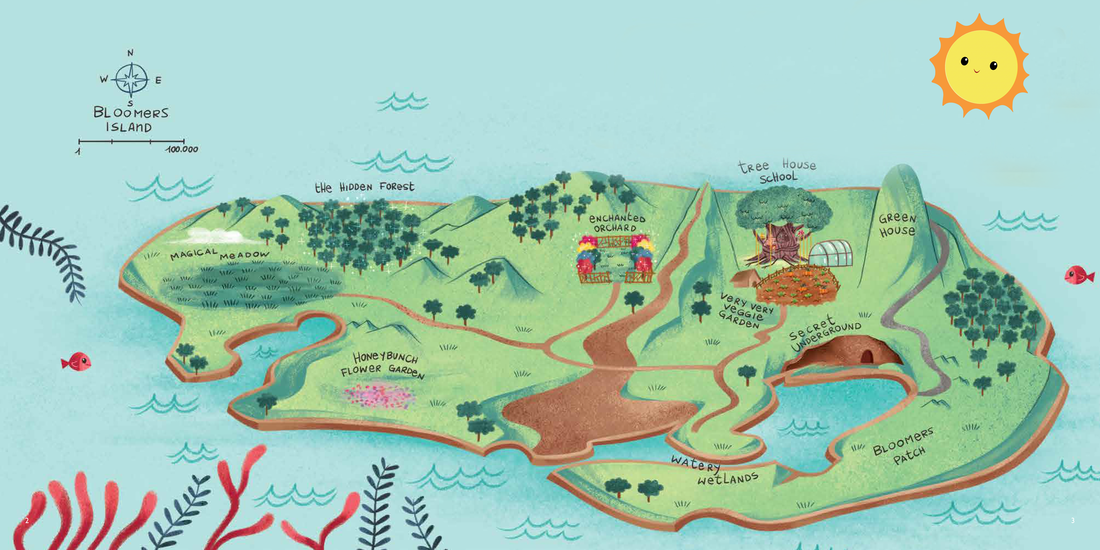 ... a magical island formed where natural things came to life. Plants, trees, and flowers learned to move in order to find what they needed: better soil, more water, and brighter sunlight. They learned to talk, laugh, and make friends. They also learned how to read and tell stories. These curious creatures became known as Bloomers.

Welcome to Bloomers Island. It is a place far away in the South Pacific Ocean. It is so very far away, that no human has ever set sight on it. On Bloomers Island, evolution took a different turn and plants became the intelligent species instead of mammals. There are many magical places on the Island, places like the Enchanted Orchard, Hidden Forest and Secret Underground, to name just a few. But the most magical place is where the Bloomers go to school, because that is where all the learning takes place.

When the Bloomers are of age (3 plant years which of course, is many more human years), they go away to the Tree House School which is held in the arms of Mr. Banyan and presided over by their wise headmaster, Professor Sage. It is there that they learn how to grow their own food all while playing a big game.